The WHO warned, on Saturday, of immune escape, which is, the possibility of recurrence of infection in those who were previously infected, and those who have been vaccinated, adding that among the reasons for the spread of the new mutant is its reproduction in the upper respiratory tract, which differs in this from Delta and other mutant of the Corona.

In a statement, the organization said that there are hidden factors for the spread of the new mutant, “Omicron”, whose danger increases with the ignoring of known causes such as neglect of the rules of social separation and hand hygiene.

The organization stressed the danger of increasing social mixing and spending more time in closed, poorly ventilated places in the winter, and not adhering to preventive measures, calling on all people to reduce their exposure to the virus, and to feel that they have some ability to control the infection.

It is worth noting that the World Health Organization has warned that the sharp rise in infections with the “Omicron” mutation around the world could increase the risk of the emergence of new, more dangerous mutations. 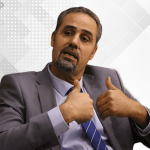