MP Asma Al-Khoja said that the presidency of the HoR has received the ministerial formation of Bashagha’s government, and it will be presented at the parliament’s session next Monday.

Al-Khoja confirmed, in a statement to the Russian news agency “Sputnik” on Friday, that “the Presidency of the House of Representatives sent an official invitation to the members to attend the session, noting that the laws of the House stipulate that the government must obtain an absolute majority of 50 + 1 and a quorum of 86; To gain confidence.

It is worth noting that, on February 10, the House of Representatives assigned Fathi Bashagha to form a new government, to succeed the National Unity Government headed by Abdul Hamid Dbaiba. 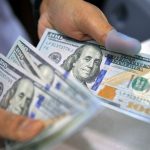