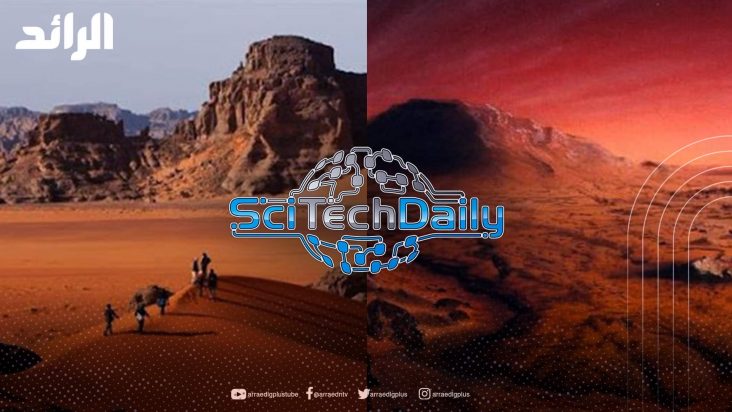 The website of the American magazine “Scitech Daily” specialized in space sciences likened the vast Libyan desert to Mars, through a tilted image published by “NASA” using a high-resolution camera.

The site pointed out that what is striking is the contrast of the burning red and orange of the desert, the sharply dark-colored mountains and plateaus, with the bright blue of the sea and the horizon, all of which stand out against the deep black of space.

The site confirmed that this region looks like another world, had it not been for the distinctive blue color of the Mediterranean Sea that appears at the end of the picture, it would have been confused with Mars or the countless desert planets in science fiction.

The site mentioned that the Libyan desert, which is part of the Sahara, is said to be similar to Mars, and it is a part of the Earth that contains characteristics similar to the Red Planet, the driest part of the desert, and it is mostly uninhabited.