The Roadmap Committee formed by the House of Representatives announced its intention to communicate with all Libyan parties; To expand the participant base to reach the presidential and parliamentary elections and to exit the successive transitional stages.

In its first meeting in Tobruk, on Tuesday, in the presence of the Deputy Speaker of the House of Representatives, Fawzi Al-Nuwairi, and the second deputy, Ihmaid Houma, the committee discussed its work mechanism; To complete its tasks on time.

It is worth noting that the Libyan House of Representatives issued a decision last Thursday to form a committee to prepare a proposal for a roadmap after postponing the elections on December 24. 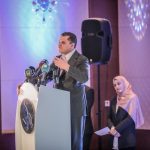