Member of Parliament Abdul Moneim Al-Urfi said on Monday that the cabinet formation for the new government is supposed to be fully ready, next Thursday.

Al-Urfi added, in a statement to Arraed, that the Prime Minister-designate, Fathi Bashagha, will present the formation of his government before the House of Representatives next Monday, expecting to grant it confidence in Tuesday’s session.

In a related context, Al-Urfi confirmed that Abdul Hamid Dbaiba has no right to suggest a road map for the elections, describing his speech in Martyrs Square as “verbal promises; to entice citizens.

Al-Urfi considered Dbaiba’s speech similar to Gaddafi’s earlier speeches, and its aim was to fulfill his personal desires only.

A source from the House of Representatives confirmed, in a statement to Arraed Monday, that the session of granting confidence to the Bashagha government will be held on the 28th of this month, and it is expected that ambassadors, representatives of countries and the United Nations adviser will attend. 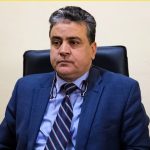