Member of the Supreme Council of State, Saad bin Sherada, said, on Tuesday, that PM Abdel Hamid Dbaiba met with a number of council members in an unofficial session, adding that he was among those invited, and he did not accept the invitation; For his knowledge of its contents.

Bin Sherada, in a statement to Arraed, explained that Dbaiba tried to prove that the council was with him, and it was an attempt by him to divide, but the members are not that naive to be fooled by his words, as he put it.

Bin Sherada saw that the meeting aimed at media exploitation, after Dbaiba stated, through the media, what he wanted and what he liked, stressing through his communication with a number of attendees that the members informed Dbaiba that changing the government must be in accordance with the political agreement.

Dbaiba had stated after the meeting that the government and the Supreme State reject any unilateral decision taken without consulting all parties, and we support any road map that leads to elections and ends the transitional stages, as he put it. 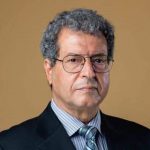 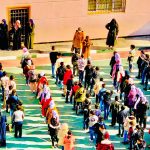