The president of the Justice and Construction Party, Mohamed Swan, on Wednesday, said that the Palermo conference would be an attempt to press for the unification of institutions and the termination of parallel governmental institutions such as the “Al-Theni Government” in exchange for widening the circle of participation in a national unity government.

In an interview with the Arab21, Sawan said that if the conference succeeded in ending the parallel institutions, it would provide the appropriate conditions for the elections. That is, after the agreement on a constitutional basis through the conference, which would define a roadmap approved by all parties to end the crisis and rid us from the current institutions for the elections.

The president of the Justice and Construction Party added that the Palermo conference is the only support for the current political process and the continued implementation of security arrangements and economic reforms.

The ministerial reshuffle is not the purpose

Sawan explained that the ministerial reshuffle is not the purpose, but the purpose is finding and selecting those who have the ability and efficiency in it, stressing that the parts selected during the first amendment are promising and reassuring and that he advised the presidential council (PC) to complete the amendments of another group of ministries and the army.

The head of the Justice and Construction Party said that the most important thing is the activation of the Council of Ministers and to continue its meetings in creating coordination between the ministries and work as a crisis team, and the ministers to leave their offices to communicate with every city as much as possible to get the government out of a tight circle.

The safest way is withdrawal

Sawan believes that it is safe for many members of the House of Representatives (HOR) to withdraw from the scene, considering that the decisions of the Council is in the hands of Aguila Saleh, and that their attempts are happening now outside the parliament based on the activities of some members and on the basis collecting signatures, won’t build any nation.

Mohammed Sawan was surprised by the fact that many HOR members allowed a few of them with the lead of Aguila Saleh to confiscate their will without putting an end to this situation, elucidating that they are accountable to God and then to the people of this country and the history. However, they continue to take their salaries and keep their appearances to the people.

The Libyan parties and the international community hope to reach a consensus and a solution at the Palermo Conference on 12 and 13 November, after the failure of the implementation of the outcome of the Paris Conference in May. 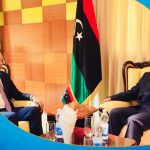 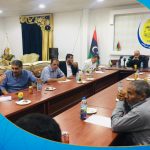