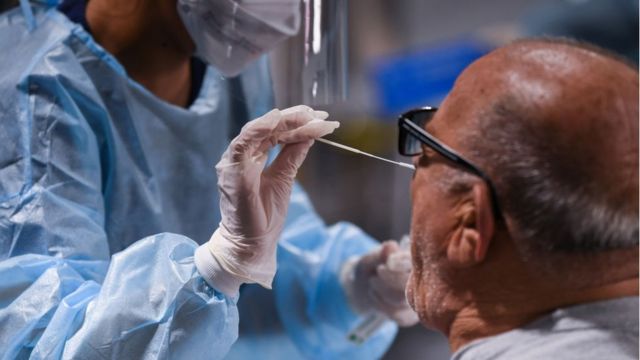 On Monday, the World Health Organization announced the spread of four mutations of the Coronavirus in Libya since the outbreak of the epidemic began in March 2020.

And the World Health Organization said – according to its weekly report on the epidemiological situation published by the Libyan News Agency – that the mutants are “alpha”, “beta” and “delta”, along with the “Omicron” mutant, which recently infiltrated Libya, as all the mutant continue to spread.

The report indicated that Libya witnessed a high rate of infections with the Corona epidemic, with about 54.3 cases per 100,000 people recorded during the first week of last January.

The organization indicated that the number of detection tests, since the beginning of the discovery of the first case in March 2020, reached more than two million and 94 thousand analyzes, and it was found that 18.8% of them carried the virus.

In its report, the World Health Organization noted that the number of new deaths rose to 69 compared to the previous week of 62 cases, and accordingly the death rate increased from 0.9 per 100,000 cases to 1.9%.

It is worth noting that on December 29, 2021, the National Center for Disease Control recorded the discovery of the first case of the mutant “Omicron”.