The Director of the International Health Office at Ras Ajdir port Mukhtar Al-Mansoori said, in a statement to Arraed on Tuesday, that the first health protocol has undergone an amendment in some of its points.

Al-Mansoori added that the validity of the “PCR” analysis was reduced from 72 to 48 hours, and the new protocol obligated parents of children from the age of 6 years to conduct a “PCR” analysis for them.

Al-Mansouri indicated that the Tunisian authorities imposed a 10-day quarantine on travelers who did not meet the conditions, including analyzes and vaccinations, at their own expense, adding that the Tunisian side agreed to allow Libyan ambulances to enter, on condition of obtaining approval from the clinic to which it is heading and the Tunisian Ministry of Health.

It is worth noting that the Tunisian authorities decided last November 28 to impose new conditions in their health protocol, requiring arrivals to bring a “PCR” analysis for children from two years and older, and the need to carry a certificate of obtaining two doses of the vaccine for those over 18 years old, and a 10-day quarantine for those who do not have it. 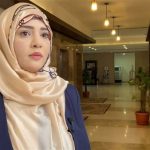