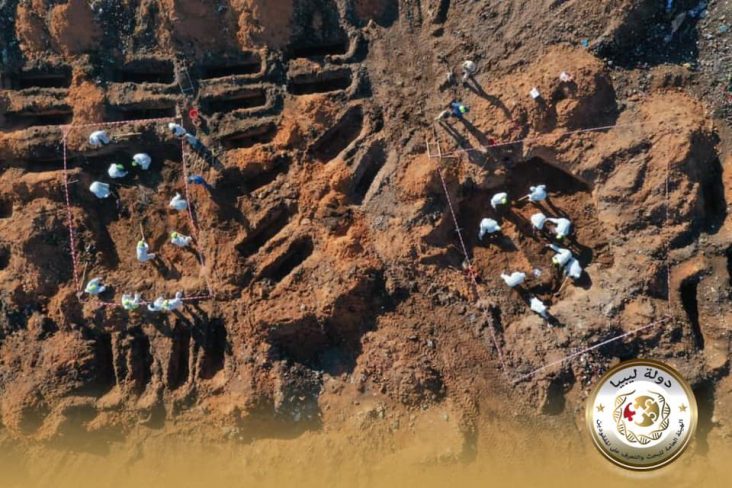 The spokesman for the General Authority for Search and Identification of Missing Persons, Abdulaziz Al-Jaafari, said that the total number of bodies recovered from the garve yards in Tarhuna has so far reached 232 out of 80 graves, 43 mass graves and 37 individual.

Al-Jaafari added – in statements to Anadolu Agency – that they identified 65 bodies by examining DNA, noting that the graves were distributed among three areas “44 graves in the Alrabit project, 18 in the agricultural project, and 7 in the garbage dump.”