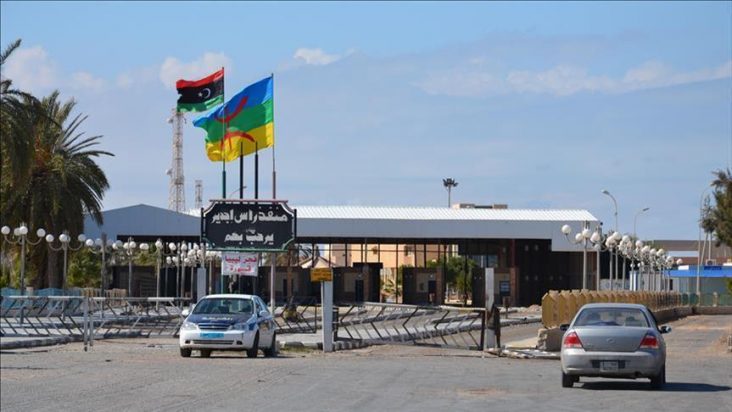 The commander of the Tunisian side of the Ras Ajdir border crossing Fathi Al-Jari, said Monday that the movement through the crossing has returned, as the daily transit rate of individuals is estimated at about 4 thousand people, and the flow of goods towards Libya continues with a great flow.

Al-Jari added – in a statement to the Al-Araby Al-Jadeed website – that the merchants overcame stumbling stages and adhered to the imposed health restrictions, which did not constitute an obstacle to workers in intra-trade, pointing out that the health protocol agreed upon between the two countries contributed to raising the rates of immunity in the southern regions and increasing the number of vaccinated people against Coronavirus.

In the same context, the head of the Municipal Council in the border city of Ben Guerdane, Fathi Al-Abab, confirmed that the markets are witnessing an important movement in the region, with the availability of almost all commodities, including gasoline, which is imported from Libya in irregular ways.

Al-Abab considered that the availability of goods in the south after a long period of scarcity is an important indicator of the return of the commercial movement between the two countries and its ability to adapt to all changes. Also, the merchants are now reshaping the economic landscape according to the circumstances, relying on the solidity of their relationship; Which increases the presence of commodities between the two sides and raises the demand for the dollar.