The head of the Turkish-Libyan Business Council of the Council of Foreign Economic Relations in Turkey, “Mortada KronfIl”, said that the volume of trade exchange between Turkey and Libya witnessed a remarkable increase of about 65%, achieving $1.3 billion until the end of last July, expecting that the volume of trade exchange will rise to two billion. dollars by the end of the year.

“Kornfil” explained – in statements to Anadolu Agency – that sea cruises will start between the cities of Misurata and Izmir at the end of this month, after a halt of about 40 years, noting that they will start with two ships in the first stage, the first capacity is 1200 people, and the other 700 people, each of which includes 400 bed, and can accommodate 500 cars, while the journey between the two cities takes two days.

“Kornfil” added that the project was carried out in partnership between the “Kornfil” group from Turkey and the “Kavilay” tourism company from Misurata, in addition to the “Libyan Iron and Steel Company.”

It is worth noting that the Chairman of the Turkish-Libyan Business Council, “Mortaza Kronfel”, said last May that Turkish exports to Libya increased by 58% in the first four months of this year 2021 compared to the same period last year, recording $826 million. 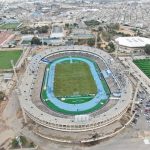 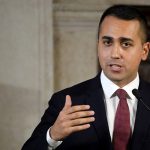